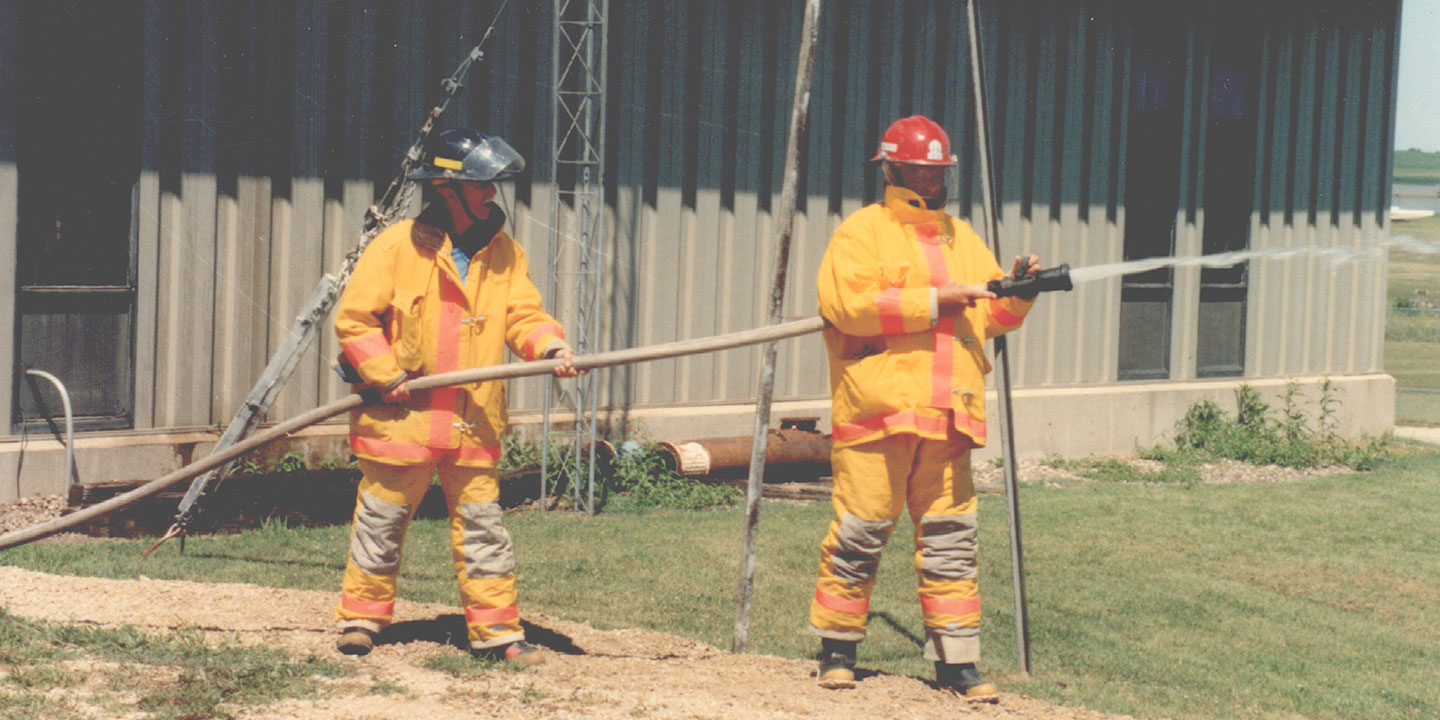 Firefighters from Station 1 and Station 2 practice on a hose line in July 1991 at the Scales Mound Fire Station.

The Fire District and Station 1

The Scales Mound Fire Protection District traces its beginnings back to the 'Scales Mound Volunteer Fire Department' around 1907. At this time the first firefighting equipment was purchased to protect the Village of Scales Mound comprising of a 2 wheel cart, pressure pump and tank. In 1929 an upgrade in the form of a fire truck was procured and the department moved to a new location. By 1947 the station was moved again and was large enough to house two fire trucks, a tank trailer and meeting room. A few years later, on August 18, 1949, the Scales Mound Fire Protection District was formally organized. The formalized district extended its coverage area 10 miles in multiple directions to cover most of Thompson, Scales Mound, Council Hill and a portion of the East Galena and Guilford Townships. Further expansion of the Fire District came in the 1960s as the Branigar Organization first developed Apple Canyon Lake, and then again in the 1970s when Branigar developed the Galena Territory. 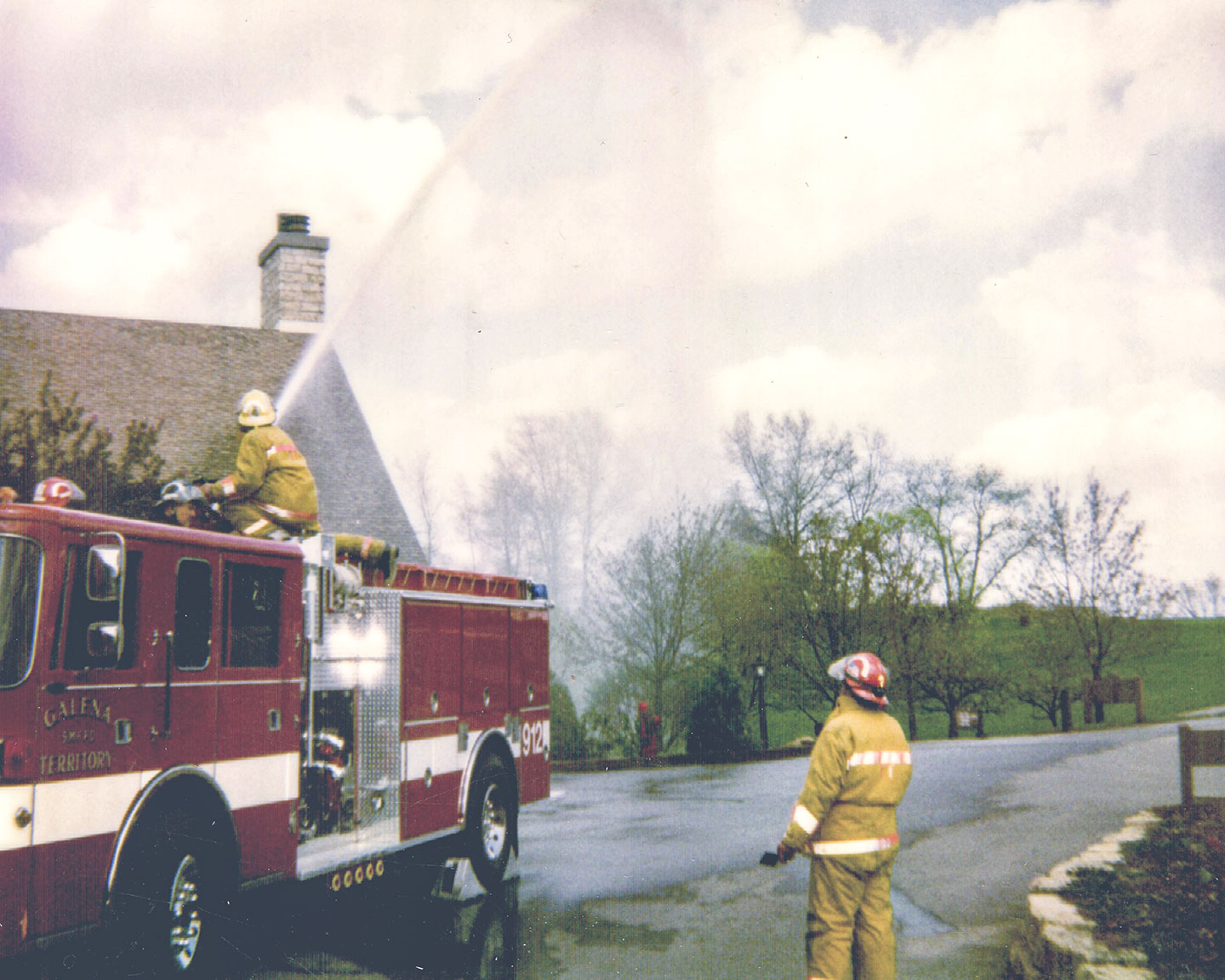 Captain (then Lieutenant) Ron Furlong and Captain John Duerr practice spraying water at the Eagle Ridge Inn in the Galena Territory during drill.